All these notions are inseparable. They are connected to each other and to the success of your company. 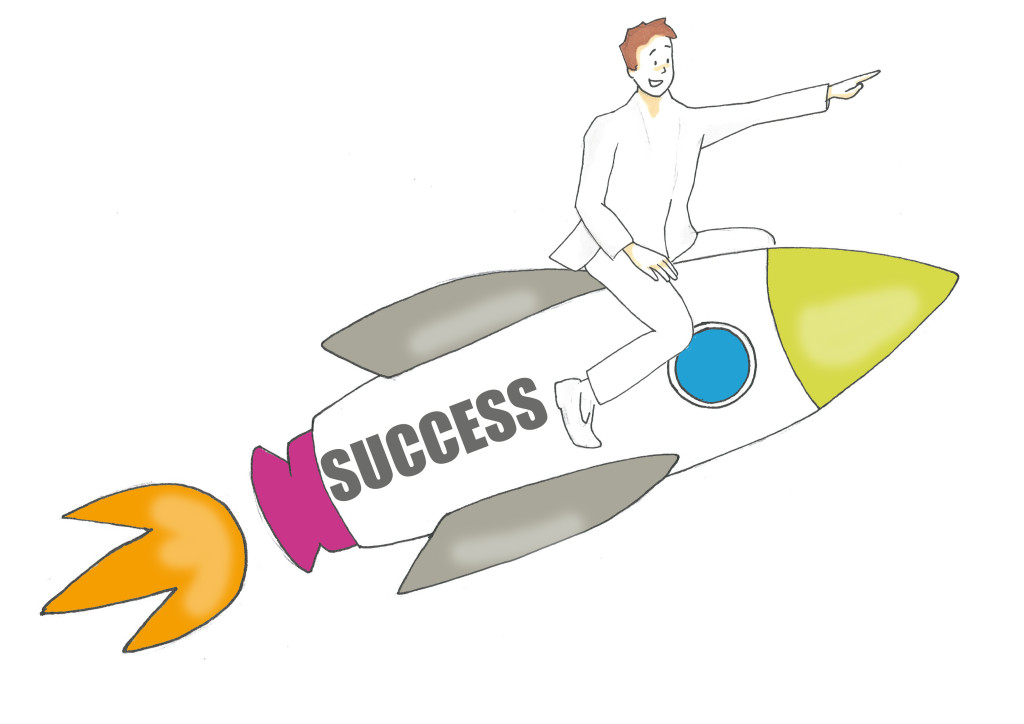 Our offer in counselling and training allows companies to better:

Steer their objectives, whether they are strategical, related to quality management or linked to global projects

Steer the action plans defined to attain these objectives, and ensure their efficiency

Give a real meaning to their strategy, quality policy, projects, so that the members of the company act and work in accordance with it.

The OVAR methodology, associated with the software Business GPS, brings answers to these different questions. They enable you to:

The OVAR methodology was created and started being taught in 1981 by the teachers of the HEC group (Superior Business School): Daniel Michel, Michel Fiol and Hugues Jordan. It has since been taught and used in numerous companies all over the world, much like the Balanced Scorecard by Norton and Kaplan.

The method was first created to reinforce the cohesion of companies’ leading teams.

It facilitates the exchange of the perceptions of the board members, the gathering of ideas, and breaks the boundaries between the company departments, where each one deals only with its problematics, to the disadvantage of the global cohesion of the actions. From there ensues a strategy, action plans and dashboards, that enable a genuine and efficient steering of the company.

The method consists in 3 steps:

The first step consists, by working with the leading team, in formalizing the strategical objectives of the company, as well as the intermediary objectives and the action plans that will enable reaching these objectives. 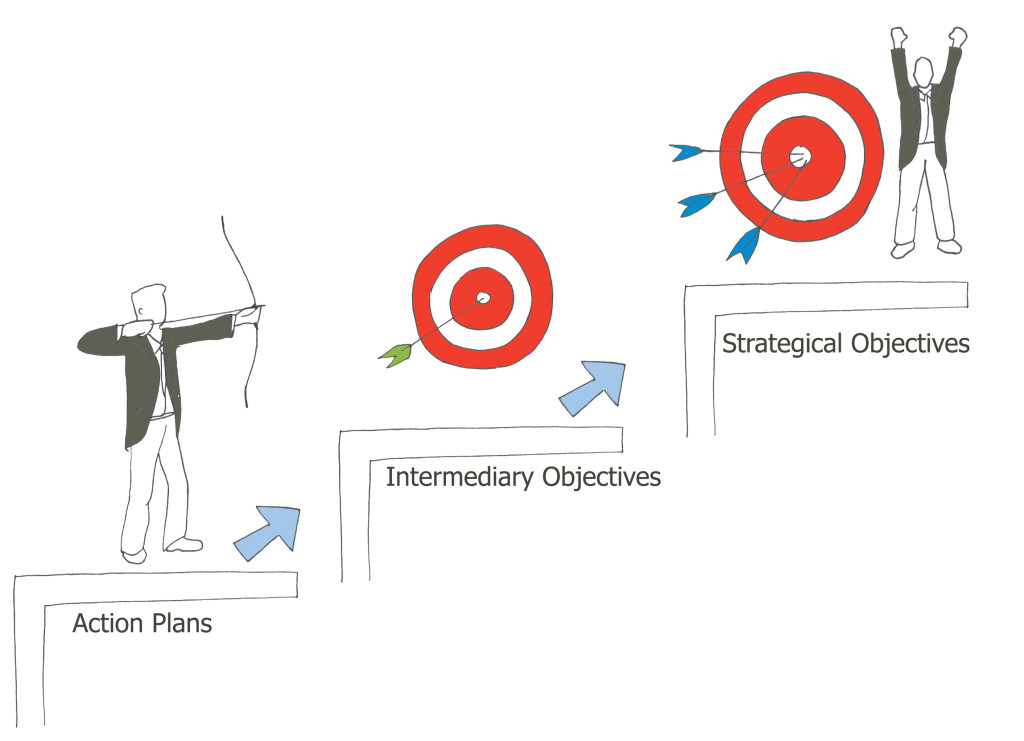 Each of the different tactical objectives and action plans are allocated to a person responsible for them.

That presentation underlines the interactions between the different objectives and action plans. It gives a global view of the strategy to each of the persons involved, thus facilitating the cohesion of the team. Nevertheless, in order to be efficient, the implementation of the strategy must be controlled and measured, which leads to the 2nd step…

2nd step – to define the indicators and dashboards

To have a chance to be fulfilled, the strategy must be controlled. In order to do that, relevant indicators must be implemented. 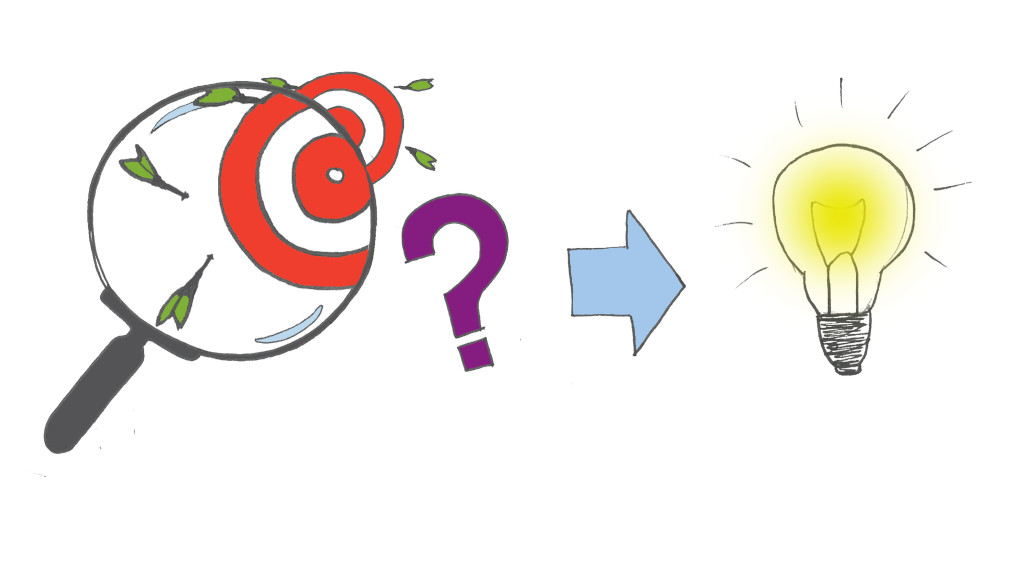 Gathered in dashboards, they will enable you to verify on a regular basis that the action plans have the expected effects on the results.

If needed, the steering structure takes decisions in order to correct the action plans, or even the objectives, and drive the company where the leaders wants it to go. 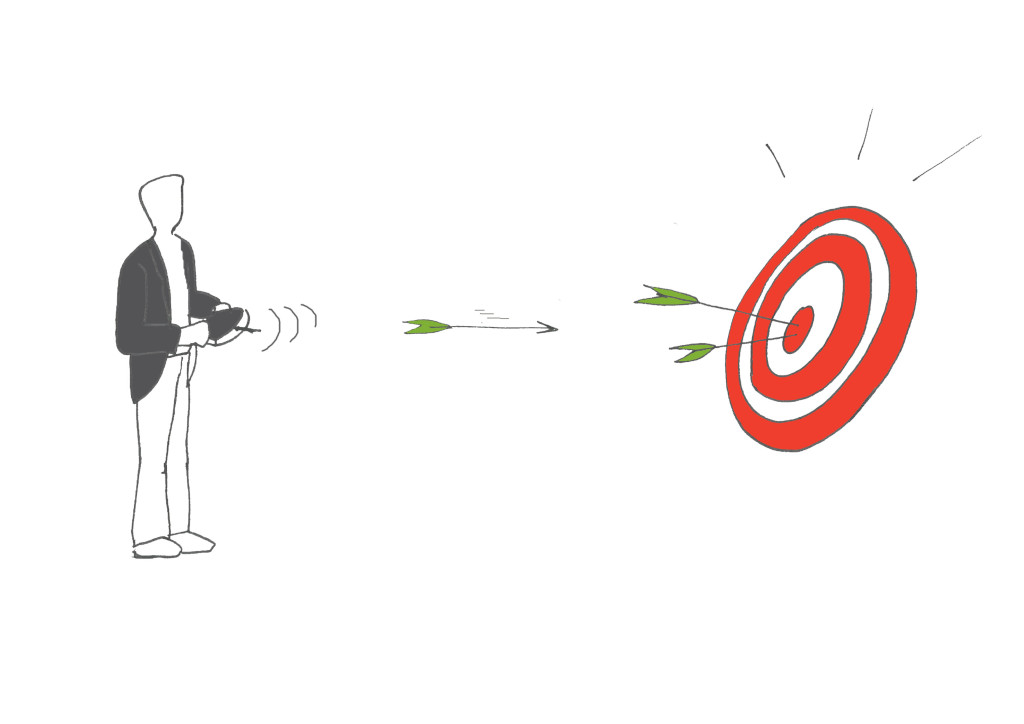 OVAR can also take into account fundamental topics such as Quality, Security, Environment, as well as recurring procedures linked to the company’s activities.

Business GPS was created around the OVAR methodology in order to facilitate the implementation and steering of the objectives.

It is a software developed by ATPIWare.

Without it, it is still possible to create your dashboards, but they will not be linked to your strategy. 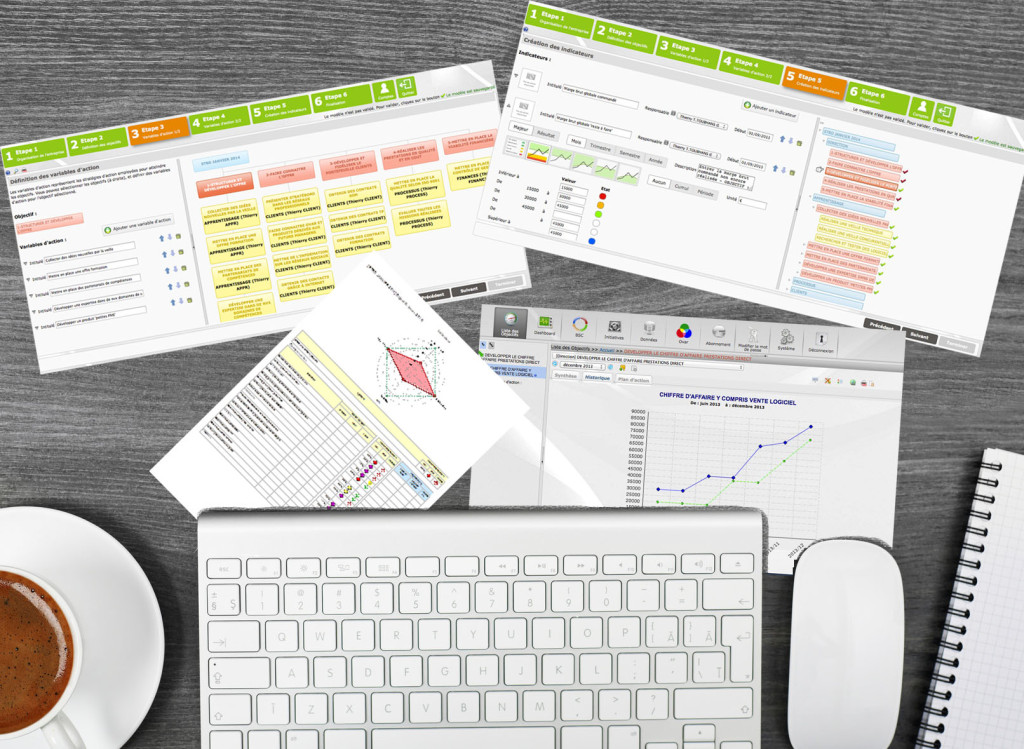 With Business GPS, you can create your dashboards very quickly and easily. A strong link is established between the different following elements: strategy, action plans, managers, dashboards. A company’s strategy is always evolving, it has to adapt constantly. Thanks to the logic links between the strategy, the action plans and the dashboards, the strategy adaptation quickly translates into steering measures.

Moreover, Business GPS is tailored to:

Business GPS is the ideal tool to make the team collaboration, board meeting animation, strategy and quality management more dynamic. 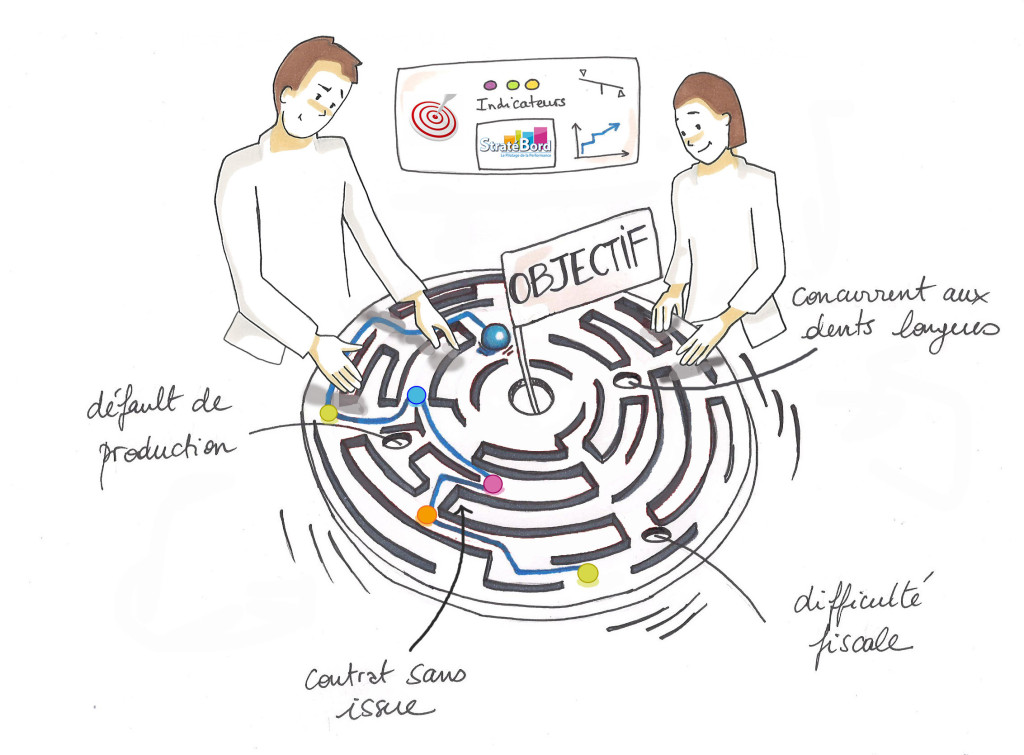 With its steering tools, Stratebord enables you to reach your goals!